He was a longtime member of the Jersey City Police Department, often working the streets as an undercover officer.

On Tuesday, Joseph Seals, 40, was shot dead doing his job. 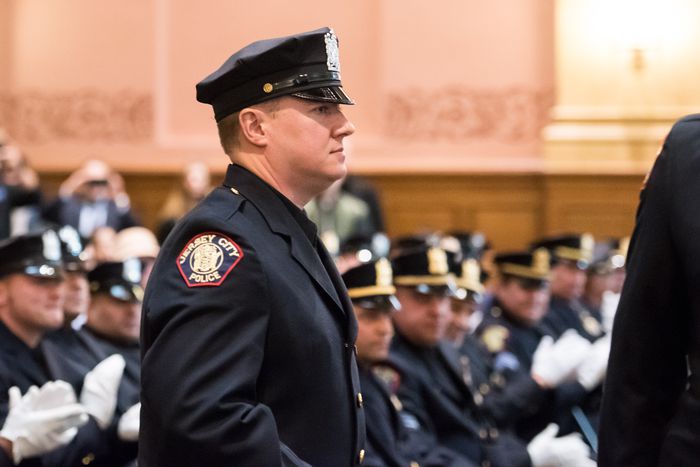 A source with knowledge of the investigation said he was shot once in the back of the head, behind the ear, during an encounter with armed gunmen in a stolen van. He later died at a hospital. Two other officers were shot, but were treated and released, in the furious gun battle on the streets of Jersey City that followed.


Seals, who lived in North Arlington, grew up in Bayonne and went to Bayonne High School, becoming a cop at the age of 22, according to state pension data. He was married and the father of five children.

Police Chief Michael Kelly said Seals worked in one of the busiest precincts in the state, marked by a high volume of crime.

“Dozens and dozens of handguns he’s responsible for removing from the street,” he said.

Seals frequently worked in plainclothes and was assigned to a unit called Cease Fire.

In one Christmas Eve incident in 2008 in which he was later cited for heroism, he and a partner climbed a fire escape and burst through a window to nab a suspect who had broken into a 41-year-old woman’s apartment and attempted to sexually assault her while she was on the phone with police. The suspect attacked the two officers, kicking and punching them, police said, until he was wrestled to the ground.


In 2010, he and a partner also working in plainclothes arrested a suspect in four robberies after recognizing him from mugshots.

At his two-story home on a quiet suburban block in North Arlington on Tuesday evening, Seals’ home was decorated for Christmas, with three blow-up snowmen blinking to the tune of Jingle Bells. A projector cast red-and-green lights on the front facade of the home. Family photos were prominent in a sunroom that could be seen from the street. A small North Arlington Vikings Soccer flag was planted in the front lawn. 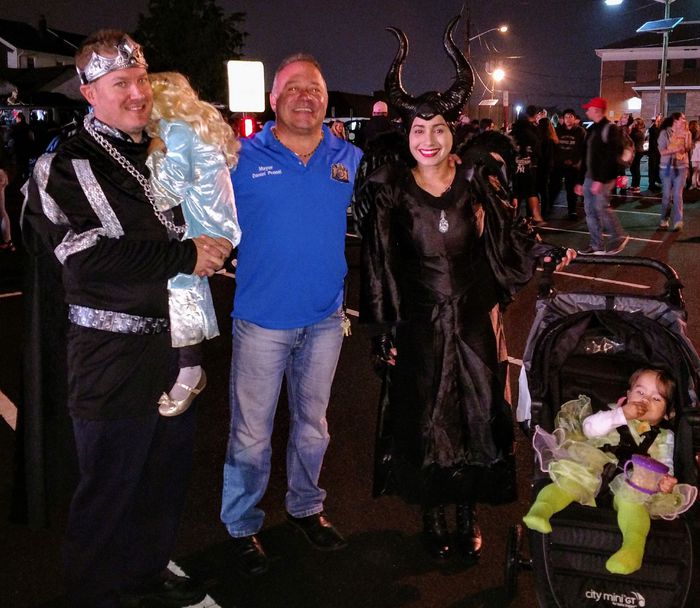 Neighbors on the block were shaken, but most declined to say anything.

Anthony Dellisanti, who lives two doors down, said he saw Seals’ wife raking leaves on the front lawn earlier in the day and one of kids. Later, he said he saw a number of police officers show up to the house and the family left. They later returned briefly to the house late in the evening, accompanied by officers, and then left once again.

“I thought he was a nice guy, and got along well with him,” said Dellisanti, who would wave to him, but did not know Seals well.

Josephine Gonzalez, lives across the street several houses down, said everyone was mourning him.

“It’s so sad. I didn’t even know it was him when I saw it on the news. And then I was like, ‘Oh my god, that’s the guy on my street,'" recounted Gonzalez. “I’ve seen the older son play soccer in the street. And they have a little baby, it’s so sad. They were happy kids. I saw the mom walk to school with the younger kids or the older son walking the dog. It’s really sad, especially now during the holidays. It’s going to be hard for those kids.”

“For Halloween, he would climb up on the house, on the roof and put up these crazy decorations for the kids,” he said. "A really great guy. It’s a shame. It’s a tough thing when you lose somebody. Then when you lose them during the holidays and you’ve got young kids, they’re going to be waiting for Santa Claus.”

“Our thoughts and prayers are with Joe’s family during this Christmas season and beyond. We take for granted sometimes the selfless work a police officer does when they wear that uniform. In the end they are people that volunteered to keep everyone else safe regardless of the circumstances,” said Fulop.

Gov. Phil Murphy, who came to Jersey City, called it “an incredibly tough day” for the city and the state of New Jersey.

“We mourn the loss of a brave member of the Jersey City police force. He gave his life in the line of duty,” the governor said.

Murphy added that the tragedy was also a day that “requires us to stop and think about what it takes to put on a uniform.”

Details of the shooting were still sketchy on Tuesday night, but authorities said the deadly incident began when Seals was shot at around 12:30 p.m. in Bayview Cemetery. A second officer was believed to be shot in the area of Martin Luther King Drive and Bidwell Avenue in Jersey City, before the gunmen who drove away in a stolen rental van engaged police in a protracted shootout.
*LAPD 1980-2003
*Background Investigator-Assigned to LAPD Background Unit 1997-2001
*LAPD Background Investigator (Personnel Department) 2006-2018
*City of Los Angeles LAPD Background Investigation-Subject Matter Expert
*Owner of policebackground.net
Instagram: la_backgrounds13

Your background review is now available at www.policebackground.net. Find out what you need to know to pass your own background investigation. Let's get you hired!
Top
Post Reply
1 post • Page 1 of 1

Return to “Officer Down Notifications”